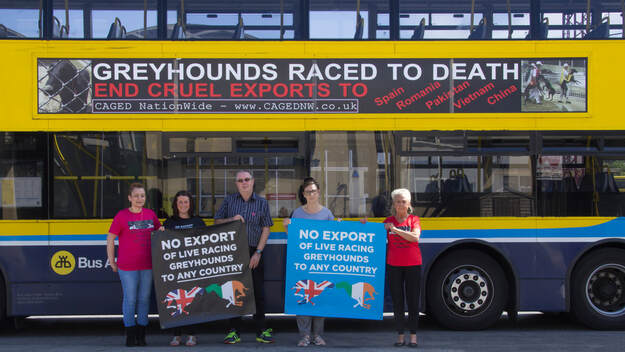 Dublin bus campaign
​ 50 buses on Dublin roads for over over 5 weeks!! 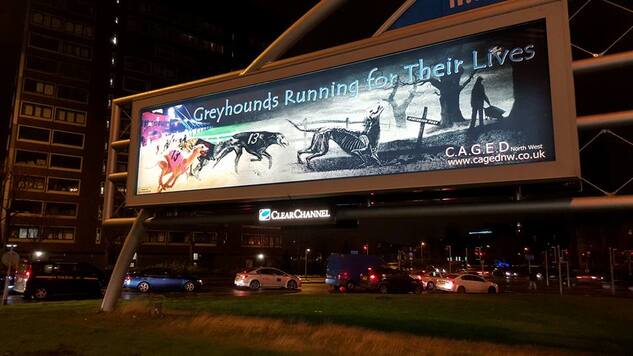 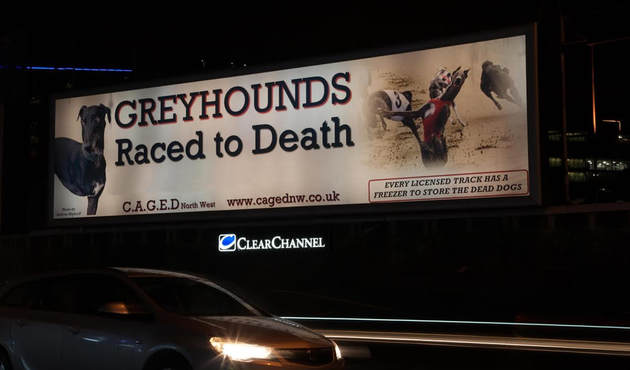 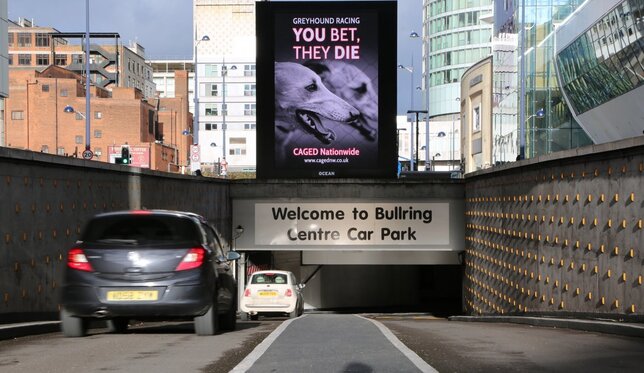 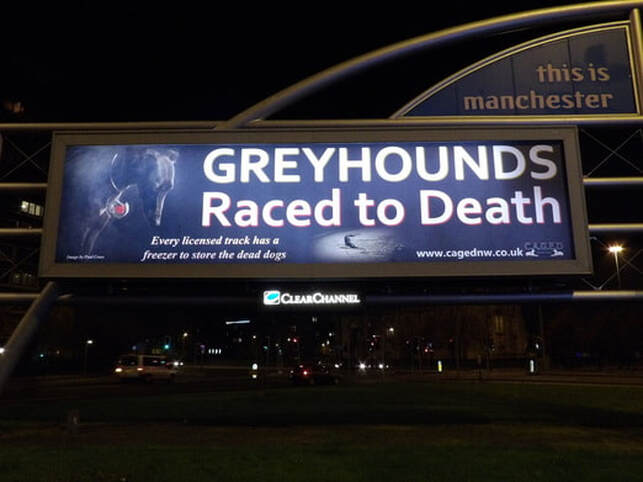 20 buses Manchester and surrounding areas,
​on the roads for 4 weeks 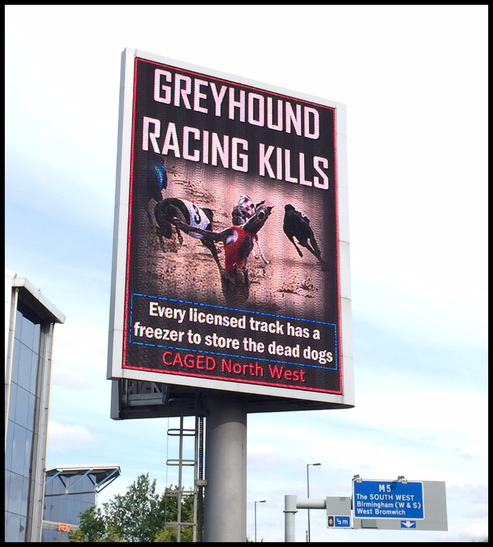 We flew this unique aeroplane SKY banner over a Blackpool beach event, followed by Piccadilly Gardens Manchester UK, and finally the BIG ONE over The Giants in Liverpool, where there were approximately
​'Over one million tourists in town'
Large moving digital screens outside greyhound racing tracks to show the public the reality of dog racing
Click on the screen to watch the video