Legislation
10 questions to the RSPCA - August 2016

1) Could you please explain the standard procedure followed for any greyhound cadaver found abandoned, in relation to abuse or neglect and whether procedure of handling such case may differ from any other breed of canine cadaver found.

Answer - Following a complaint to the RSPCA an inspector will attend the scene and collect the Cadaver.
The Cadaver will be examined for any evidence of either a tattoo, microchip or other identifiable markings. If any of these are found, then the inspector will make necessary enquiries to establish ownership. If the cadaver is a racing greyhound, contact will be made with the GBGB to establish ownership.
If none of these identifying marks are present then the inspector will carry out what enquiries he can in order to try and trace the owner and/or person responsible for the animal. This may include a local press release. If an owner cannot be identified then the investigation will be closed unless any further information comes to light.
The cadaver will be retained for evidential purposes for approximately one month whilst these enquiries are completed. Any RSPCA investigation is conducted in accordance with RSPCA operational procedures and this is regardless of the breed of dog.

2)  Under what circumstances would the RSPCA usually liaise or share information with the Greyhound Board of Great Britain (GBGB) and for what reasons?

Answer - The RSPCA does not have a formal information sharing agreement with the GBGB, therefore any requests to share personal or sensitive information would have to comply with current legislative requirements of the Data Protection Act.

4) Does the GBGB have any duty to report the following to the RSPCA - Any greyhound cruelty/serious neglect or death caused by abuse, or are they authorised to deal with any such case without outside assistance?

Answer - Animal welfare offences are criminal offences and therefore there is no statutory requirement or duty to report a criminal offence either to the police or to the RSPCA.  There may be a moral one but there is no "duty" to do so.
The overarching body of the GBGB have internal disciplinary procedures and sanctions which they can apply if they find there is a breach of welfare issues of their code and standards. It would be a matter for them to decide whether to refer the matter to any prosecuting authority.

5) If any person is suspected to have caused intentional neglect or death of a canine, would the RSPCA proceed with legal action in all cases where there is substantial evidence provided to them, or would there be any exclusions?

Answer - If the RSPCA were made aware of cruelty issues then the case would be investigated in the usual way. Once the investigation was completed then it would be referred to the prosecution department for consideration of the evidenece. The case would be reviewed in accordance with the guidance set out in The Code for Crown Prosecutors. If it passes the evidential and public interest test then the decision could be made to prosecute the offender.
There are no exclusions to prosecute unless the tests in the Code are not met or it is appropriate to deal with the case in an alternative way.

6) Does the RSPCA exclude greyhounds from any of their usual protocol for other breeds of canine in cases where suspected abuse or neglect is reported?

Answer - The RSPCA does not have any exclusion policy relating to an investiagtion of welfare offences against the greyhound breed. They are treated the same as any other canine breed.

Answer - A local authority will have specific prosecution powers but it will depend on whether local authorities have the resources to exercise that power. Commonly these kind of matters would be referred to the RSPCA for investigation and prosecution unless there were some more specific trading standards/health and safety issues relating to the case which the LA were already involved in. We are not aware of any cases where a LA has conducted the investigation and prosecution of persons involved in greyhound racing, but that does not mean that they have not done so. You would need to make a seperate enquiry to the appropriate local authorities for a definite answer on their position on prosecuting cases of this nature as I do not have this information.

8) Does any individual, authority or independent body such as the GBGB have a duty to report suspected animal abuse to the RSPCA, to prevent a breach of the AWA2006?

9) Since the AWA 2006 came into force, have the RSPCA successfully prosecuted a GBGB licensed trainer for cruelty offences?

Answer - Yes the RSPCA have been involved in prosecuting people involved in training greyhounds for racing.

10) If it is the case, that it is not RSPCA policy to prosecute licensed trainers, could you please explain why?

Answer - The RSPCA does not have a policy to exclude greyhound trainers from prosecution. If offences are identified following the completion of an investigation and there is sufficient evidence and it is in the public interest to prosecute then the RSPCA could commence a prosecution against the individual.

Signed by Head of Prosecution for the RSPCA

The Greyhound racing industry is self governed.
The abuse continues.

The Greyhound Board of Great Britain (GBGB) 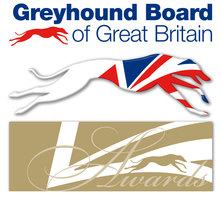 The Greyhound Board of Great Britain (GBGB) is the newly formed body with responsibility for the governance, regulation and management of the sport of licensed greyhound racing in England, Scotland and Wales

The only possible way to legislate Greyhound Racing regarding safety of the dogs, would be a reform of all the tracks by removing all bends and also any involvement of money, this would be more suitable for the welfare of the dogs but unpractical for the industry. Current legislation covers dogs at the tracks but when the dogs are off the track there are no legislation's. Greyhound Racing is active in only 7 states out of the 54 in the USA, but here in Great Britain the government continues to rake in around 70 million pounds a year in taxes from the Racing Industry.