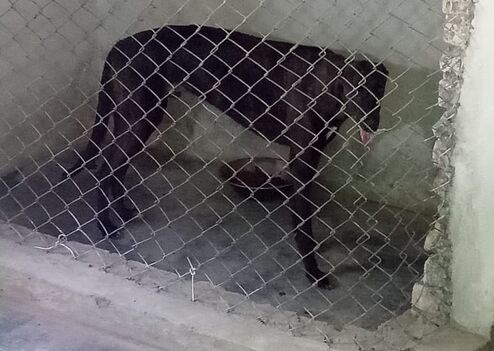 Irish and British raced Greyhounds are regularly exported to Pakistan from Great Britain with shipments of dogs leaving almost every week of the year.

We have documented evidence of dogs being flown to Pakistan from Heathrow, Birmingham and Manchester Airport via Turkish Airlines, Pakistan International Airlines and on very rare occasion British Airways.

We obtained Pakistan customs data revealing names of all the Pakistan and British greyhound exporters, but on the same day as Caged Nationwide exposed these unscrupulous greyhound exports via an article in the national newspaper, we received the following announcement that 'exporter and importer names and addresses would be hidden' from future Pakistan customs data beginning just 2 days after the publication of the following article!

Regardless of the customs data being hidden, our work shall not be affected as we have several other reliable sources within international dog racing communities bringing us information. 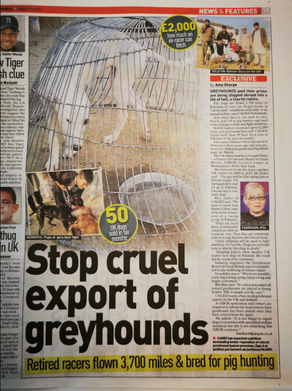 Sunday People publication on 21.03.21 - Just 2 days before the customs data became restricted
Below shows evidence we gathered of greyhounds being delivered to a prolific exporter and his helper during Covid19 lockdown
Above - Photos taken on 14th January 2021 at Lymm Services, Cheshire. During the Covid19 lockdown, DAFM registered greyhound transporter, Lenny McKinney from Northern Ireland, delivers 3 greyhounds to prolific greyhound pedlar and Pakistan exporter Mr Zubair.
​Mr Phil Housley from Blossom Kennels was seen assisting with the exchange and transport of the dogs on their arrival.
​
​See the full video footage below;​
Mr Zubair, from Bury, Greater Manchester UK, is a regular exporter of Greyhounds to Pakistan.
The above video shows 3 dogs being delivered on the 14.01.21 to Lymm services in Cheshire, and just 4 days later data shows Mr Zubair shipped 3 dogs to Pakistan (See below) 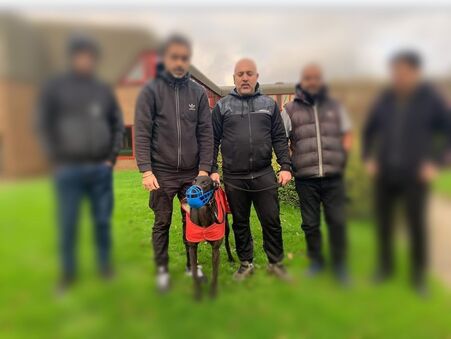 Fantasy Tommy at Manchester Airport preparing to fly to Pakistan in 2020
​
Above - 2 year old Fantasy Tommy arrives in Pakistan in mid December 2020 just weeks following his last race at Youghal greyhound track in Ireland.  It appears his owners absolutely wasted no time on cashing in.
UK Derby runner, lands in Pakistan despite warnings of his export made to the GBGB
Greyhound, Swift Jim, was sent to Pakistan after being disqualified from the Greyhound Derby at Nottingham track in May 2019

On 13th of June 2019 we contacted the GBGB to alert them of allegations we had received claiming that Swift Jim was going to be exported to China.

To our relief the MD of the GBGB Mark Bird told us;
​"The dog is still with the trainer and the stipe has spoken with them. He is aware of the rumours but they are saying that it has not been sold to anyone. The stipe will continue to monitor the situation"

Is Naeem Ahmed the friend mentioned in the above video the same Naeem Ahmed who exports numerous greyhounds to Pakistan ?
See below customs data showing approximately the weight of 12 greyhounds in total exported to Pakistan from the UK in 2019 and 2020

The GBGB have responded to us claiming they have opened an investigation into these separate cases and the appearances of the dogs in Pakistan.
We await their reply.


Click the link to see the GBGB 2017 Statement relating to exports of greyhounds
https://www.gbgb.org.uk/gbgb-statement-sunday-mirror-and-the-export-of-greyhounds-740/

On 24.03.21 we asked the GBGB if they remain to stand by their 2017 statement after we found a number of raced greyhounds exported to Pakistan.

"As to dogs being sent to countries where the welfare standards cannot be ascertained and the GBGB position, we maintain that this is still the case, especially where there is evidence that greyhounds are being specifically abused.
The Foreign and Commonwealth Office do not have a 'watch list' of countries concerning welfare standards for animals and as an example Pakistan, which you have recently highlighted in the Sunday Mirror, does have a history of greyhound racing for hobbyists"

"From photos that we have seen, greyhounds have looked in good health and fitness"

MD of the GBGB Mark Bird
Greyhound Racing, Coursing, Breeding and Hunting in Pakistan
No trackside Vets - Dangerous terrain - High temperatures -Cruel confinement - Lack of vet treatment, and barbaric treatment of offspring used for hunting purposes.
To be an admired greyhound trainer in Pakistan, it's important to keep up with the trend of purchasing a new greyhound each season.

Gifting family members an imported greyhound is not uncommon either.
Irish and British greyhounds are most sought after in Pakistan due to them having been previously entered in races live streamed on TV and internet around the world

Once imported dogs have completed one racing season, they will generally be sold to pig hunters for breeding purposes.

There is NO requirement for greyhound rescue/homing organisations in Pakistan whilst there is a demand created by the pig hunters. 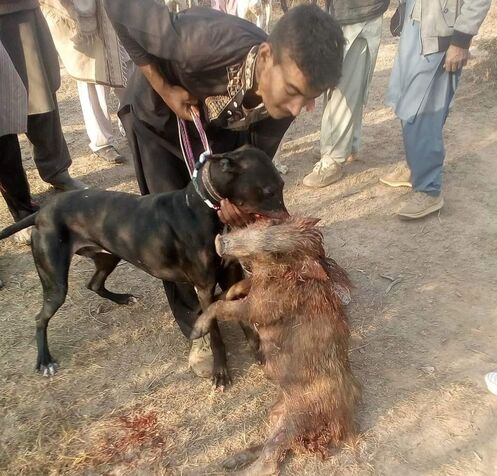 Wild boar adults weigh between 80kg and 175kg and run up to speeds up to 30mph.
Both male and female wild boar have 4 large tusks and will use them in defence
A male will use their tusks as knife like weapons when fighting, a females will  bite especially when fighting ferociously to defend her young.

Adrenaline runs high keeping the dogs alert but within minutes the blood loss increases and dogs go into shock, normally passing away at the scene.
WARNING
GRAPHIC CONTENT BELOW