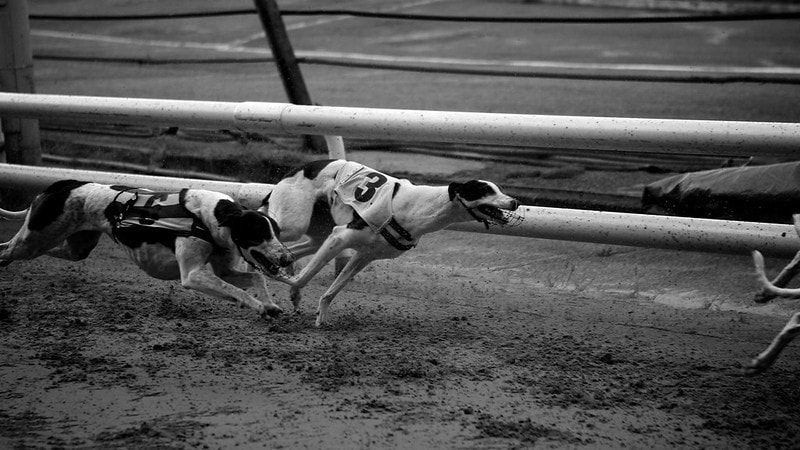 Planning Application for a housing development with refurbishment of Oxford Stadium to reintroduce cruel greyhound racing.

See 'Schedule of proposed main modifications' - Policy 'SP52' P 202 and 203
"The opportunity exists to provide enabling residential development within the existing Stadium car park. This residential development should preserve and where possible enhance the significance of the conservation area of which it is a part and should provide for retention and enhancement of the community uses of the Stadium. The established use as a stadium should not be affected by permitting of new residential developments in proximity. The City Council has undertaken viability testing that demonstrates that resumption of the use of the Stadium as a greyhound racing and speedway venue can be achieved, supported by enabling housing development to fund its modernisation and facilitate recommencement of greyhound racing or speedway if necessary. Any planning permission for enabling residential development will be required to include a commitment (through a planning obligation) to carry out, as part of the development, an agreed scheme for refurbishment and modernisation of the Stadium to facility recommencement of its former leisure uses. If it can be demonstrated that greyhound racing or speedway cannot viably be brought back then residential-led development (supported by appropriate uses) can go ahead. It must be demonstrated that active market testing has taken place, that a development partner has been actively sought, and that there has been engagement with the national governing bodies.
Planning permission will be granted for revival of the stadium for greyhound racing and/or speedway, with other supporting community or leisure uses. Planning permission will be granted for and enabling residential dwellings on the car park or other areas that will not affect the operation or heritage interest of the Oxford Stadium site. Development of around 100 homes is expected. if it is to secure enhancement of leisure uses on the site consistent with preservation and enhancement of heritage significance. Planning permission will not be granted for any other use or development, unless further feasibility work shows speedway and greyhound racing not to be viable, in which case planning permission will be granted for an alternative community and leisure use that maintain the heritage interest of the Stadium and its context, with supporting or enabling residential development on the car park if necessary. If it is demonstrated that bringing speedway and greyhound racing back into use is not viable, high quality residential led redevelopment supported by appropriate uses that will benefit the wider community for example complementary leisure or community uses that include reference to the heritage interest, of the site will be supported"

Click the below link and scroll down to; 'Consultation Responses' ​
https://www.oxford.gov.uk/info/20286/local_plan_examination/1358/main_modifications_consultation
Caged Nationwide objection submitted to Oxford City Council on 26.03.20
1) Greyhound Welfare

Self regulation of the greyhound racing industry is largely failing to protect both raced and retired dogs. Over the previous 8yrs, our team has on numerous occasions witnessed greyhounds left unattended on allotments and in dilapidated out-buildings, resulting in dogs suffering or being destroyed.
Licensed trainers often keep inactive dogs due to lack of rescue space and extensive waiting times due to the amount of dogs becoming surplus when no longer a commodity.
The Local Authorities have no direct regulatory responsibility for licensing or greyhound kennel, or for the greyhounds themselves and they are not under a duty to act on complaints of poor welfare, and therefore tend to pass concerns onto the RSPCA who do not appear to have the resources to deal with large scale problems created by greyhound racing.

In one instance we were forced to submit a complaint to the RCVS in relation to a vet who falsely signed documents to aid the licensing of a GBGB kennel, that kept dogs in dire conditions. The vet was brought to an RCVS disciplinary of where she was disgraced by the committee. At present, we are proceeding to bring to trail a GBGB award winning licensed greyhound trainer following a 6mths investigation where it appears there were numerous breaches of the AWA2006.
However, we find it disturbing that the GBGB are funding the legal defence on the trainers behalf. The case is ongoing therefore we cannot make further comment.

We promote independent UK greyhound rescue charities and are aware of the struggles they face on a daily basis caused by the overproduction and expulsion of dogs when no longer deemed a commodity. Any additional race tracks would be inclined to exacerbate the problem. Forever Hounds Trust, with its Head Office in Little Baldon, on the outskirts of Oxford is a charity that rescues, rehabilitates  and homes greyhounds and is completely funded by donations and receives no money from the racing industry. This charity is already overwhelmed with dogs needing care, and the veterinary bills for some of the former raced dogs is considerable.

20 out of 21 licensed tracks livestream greyhound racing to betting shops and online gambling sites. Media rights are owned by two companies, namely ARC who have partnered with Greyhound Media Group and also a second company  known as SIS.

5) Bookmakers Afternoon/Evening greyhound Services, and the devastating impact it has on dogs health and welfare.

Bookmakers afternoon and evening races appear to place expectations on trainers to keep up high volumes of dogs for livestreams, encouraging the racing of individual dogs repeatedly on a regular basis, and providing no incentive to take care of the dogs as each one generates run money, regardless of whether they win or lose. Racing dogs who carry minor injuries can exacerbate them, especially if pain is masked by analgesics or anti-inflammatory drugs. This may lead to lameness or fatal collisions. Pre race vet checks are carried out by non independent vets, and are very brief.

6) Regulation - Capacity for conflict of interest

Arena Racing Company (ARC) are partnered with Greyhound Media Group Ltd (GMG)
ARC Operations Director who oversees 5 licensed dog race tracks, is also a Director of the regulatory body, Greyhound Board of Great Britain, and a Director of GMG Ltd.
We believe that with any regulated industry where animals are used for entertainment there should be no capacity for any conflict of interests; such as those who are generating a profit from a business perspective, being affiliated with regulators who have a responsibility for the welfare of animals whilst being used to generate a commercial interest for both parties, as this may impede on any genuine commitment to protect the animals.

7) Gambling, a serious impact on human health and a drain on NHS resources.

With 80,000 betting events per year via SIS TV Channel, it offers viewers a betting opportunity every 3 minutes to help drive profitable betting whilst bringing races from 8 UK dog race tracks. SIS  is totally independent of ARC and GMG who have media rights at an additional 12  dog racing tracks.

28th December 2019, Publication by the NHS claims; The NHS is facing a rising tide of gambling related ill health as more betting addicts than ever before are being taken to hospital

"The steady rising admissions has prompted the NHS to commit to opening 14 new problem gambling clinics by 2023/24, alongside the first ever gambling clinic aimed at young people this year as part of its long term plan"

It would be in the best interests of the local community and the NHS to introduce fresh opportunities for jobs and healthier prospects in Oxford, rather than downgrading the area by introducing the threat of gambling addiction, drug use, race fixing and criminal activity such as fraud and money laundering that greyhound racing is increasingly becoming recognised for.

In Dec 2019, the NHS claimed that cases of pathological gambling, where people turn to crime to fund their addiction had increased by a third within 12 months bringing a total of 171.

It is not uncommon for greyhounds to be found with traces of drugs in their systems, and despite excuses made by their owners/trainers, they would have to purchase drugs used, such as cocaine and would most likely have to keep it in their possession to administer it.
Greyhound trainers have made claims such as cocaine being present on peoples hands or money when a dog is in passing and making contact, which implies racegoers may be prone to using drugs. A Gymnasium or Leisure Centre, or even a fun activity centre for all ages, such as bowling, table tennis or snooker, would be a great way to invite people to get physically active and avoid an increase in crime that is carried out to fund gambling addictions, meanwhile reducing unnecessary expenses and staffing of NHS clinics.

9) Heritage of Oxford Greyhound Stadium, non existent in 2013, with an ongoing decline of greyhound stadiums across the UK

It appears that in 2013 Montague Evans was appointed to produce a Heritage assessment on behalf of Galliard Homes which we believe was submitted to Oxford Council following the earlier planning application.
Within this publication it was stated "The site does not contain any designated heritage assets such as listed buildings and is not in a conservation area"
Source - Heritage Assessment; Introduction - 1.8

It was also stated within the assessment that there were at the time 25 licensed tracks in the UK, it should be noted that 4 licensed greyhound stadiums have since closed in addition to numerous unregulated greyhound racing stadiums. It is evident that there is a serious decline and loss of interest in greyhound racing with attendances dropping each year which indicates that this proposed venture is inclined to fail.

10) Public pressure and protests due to mass destruction of dogs (Report published on behalf of the Irish Greyhound Board, released in 2019 discloses evidence of mass culling)

There are currently 17 out of 21 licensed tracks in Great Britain, all bearing the pressure of protests at their premises, and campaigners are politically working to phase out greyhound racing due to the destruction of approximately 40% of greyhounds bred for Irish and British racing each year. (In 2019 it was brought to the attention of the Irish Government that, Preferred Results Ltd, produced a report on behalf of the Irish Greyhound Board, showing that 6,000 Irish greyhounds were destroyed from the 16,000 bred for British and Irish racing each year) 83% of British raced greyhounds are bred in Ireland, making Great Britain the biggest motivation to breed and cull greyhounds in Ireland. The greyhound Board of Great Britain have admitted to an average of 1,000 greyhounds being destroyed per year due to dog racing in Britain alone, with thousands more sustaining injuries.