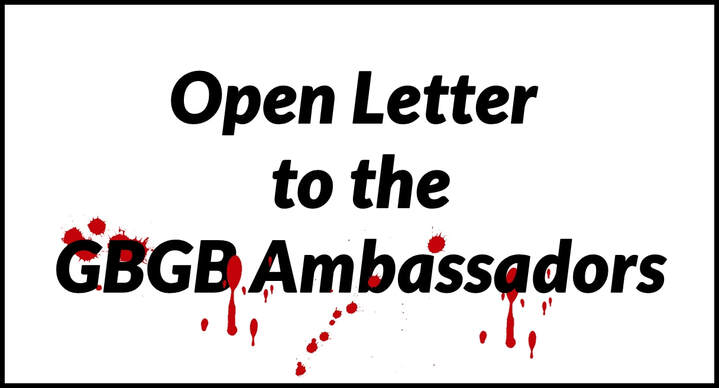 Injured dogs are often sent to independent vets to be destroyed instead of at the greyhound track; It appears that these deaths are not recorded in the data held at each tracks racing office, in effect manipulating the data released each year by your governing body, the GBGB. It is in the interest of the public that the full scale of deaths are made publicly available each year.

2 - Do you not think that your governing body should be wholly transparent, and allow dogs to be fully traceable from cradle to grave, in order to release full and accurate data, (not manipulated) including deaths?
​
3 - Retained dogs are classed as homed/retired within the GBGB annual data, but we have documented video evidence of so called 'retired' greyhounds being left to rot away in dilapidated buildings, or in dark filthy sheds on allotments. Why do you and your governing body view these dogs as homed/retired, whilst they appear to be nothing more than abandoned and hoarded?

One of your ambassadors admitted passing her dogs onto flapping men, who race their dogs at unregulated tracks.

Please note: Rule '18 e' of the GBGB rules - Responsibility of owner - "The Greyhound be sold or found a home 'responsibly' "

3 a - Do you feel that it is responsible to home dogs with flapping men who will use dogs for racing on unregulated tracks, and where they may be destroyed without any questions asked, and once they have finished racing on GBGB licensed tracks?

It appears that dogs passed onto unregulated tracks are classed as homed in the GBGB annual data, whilst in reality they're still used for racing with a possibility of them being destroyed when no longer of use. This appears to be very deceptive!

3 b - It appears the homing figures are manipulated and in addition to the death data released each year. Why are retained/hoarded dogs, or dogs being passed down to unregulated tracks, being classed as homed in the GBGB annual data released to the public each year?

4 - One of the GBGB directors, Peter Harnden, admitted to kennelling his dogs for 22 hrs per day. Do other trainer/owners follow his example or do you kennel them for even longer?

5 - How do you feel about your governing body cutting funding to the Greyhound Trust, and where will the dogs (that they can no longer home through lack of resources) now go?

5 a - Will independent rescues be left with the additional pressure to home the dogs surplus to your requirements as a commodity, and will it result in additional dogs going off the radar, and being destroyed?

6 - How does it make you feel to be part of an industry that is dependent on greyhound breeding facilities in Ireland, where it is common practice to cull surplus greyhounds, as shown during the RTE undercover investigation in 2019, where waste dogs were being shot in the head at numerous abattoirs/ knackery's then thrown into skips like pieces of trash?

In the UK it is fully legal to destroy greyhounds by use of the captive bolt gun. A lethal weapon that has the capacity to cause dreadful pain and suffering, during the process of firing a lethal bolt into the skulls of fully conscious greyhounds to kill them.

7 - Have any of the ambassadors previously sent their dogs to be executed by David Smith, or do any of you send your waste dogs to a knackery to be shot by bolt gun to the skull?

7 a - Do any of the ambassadors own a Captive bolt gun to kill their own dogs?

7 b - Why does the GBGB green retirement form, Section D, relating to Euthanasia request to know any alternative to industry greyhounds being destroyed by a vet? Is this referring to the use of the bolt by lay persons?

8 - How do you feel about your governing body permitting the export of greyhounds overseas 'especially those carrying recurring or permanent injuries' to live the rest of their lives as stud rather than them ever having a chance to be retired?

9 - How do you feel about greyhounds bred for racing, being sold for export to countries where it is fully legal to mistreat dogs (zero greyhound protection), and where they could potentially end up being legally; hung, used for dog fighting, skinned or boiled alive?

10 - If you believe there are some bad greyhound trainers tarnishing your industry, why do you not speak out against the cruelty these individuals commit and why do you not lobby your governing body to enforce their rules and revoke licenses when necessary rather than them allowing multiple offences to be committed before taking action, for example, the Eccles kennels, and Malcolm Taylors kennels. Both cases where the GBGB and the RSPCA had been pre warned on more than one occasion about serious welfare issues.

11 - How do you feel about greyhounds being mass bred to provide you with dogs suitable to your requirements as a commodity, whilst knowing it is impossible to home the vast amounts bred, meaning culls are unavoidable without the hoarding of tens of thousands of greyhounds.

12 - How do you feel about the option available to destroy a greyhound, even for a minor injury, as shown on the GBGB green retirement form, implying that if your dog is NO longer sustainable as a profitable commodity, that you may according to rules, destroy them rather than pay for treatment?
(Section D - Euthanasia – Injury not treated on economic grounds)

12 a - We asked Peter Harnden, a GBGB Director, to account for his 68 formerly raced dogs, but he never did. This is questionable, where are these dogs and why were we never given answers?


13 - How do you feel about the Irish Greyhound Racing Industry receiving 16 million euros per annum, from state funding whilst hospitals and schools are forced to go without necessary resources due to cutbacks?


14 - How do you feel about non veterinary trained persons being allowed to carry an injured distressed dog, that is in pain, from the greyhound track to the vet room, whilst there is capacity to exacerbate injuries?


14 a - Are you happy to race your dogs in 33 degrees centigrade/ 91.4 degrees farenheit, whilst putting their body's under extreme stress that could lead to death, and in accordance with GBGB rules, but going 'against' ALL advice given from leading charities, including those on The Greyhound Forum, in relation to protecting ALL dogs from the dangers of heat-stroke (Greyhounds are most susceptible to death from heatstroke)?


14 b - How do you feel about children being allowed into greyhound race tracks, where they may witness dogs sustaining fatal injuries, such as a broken back or neck whilst racing?

15 - Are you happy with the efforts, if any, being made by your governing body to save your industry as it continues to fall into massive decline?

15 a - Would you like to advise us of what is being done to try and reserve some dignity within the dog racing industry community, if any at all is remaining?

16 - How do you feel about greyhounds being nicknamed 'bin bag dogs' by the general public due to the ongoing scandal associated with the destruction of dogs within your industry over the past 90 plus years.

Please choose one of the below;
a) Embarrassed ?
b) Humiliated ?
c) Guilty   ?
d) Neither, we have no conscience ?


17 - How do you feel about the IGB paid report that was published by Preferred Results Limited (a report that at one stage was declined via a Freedom of Information request and also concealed for approximately 2yrs), which when its figures are combined with the GBGB death data, shows that an average of 43% (7,000) of all dogs bred for Irish and UK racing are destroyed each year?

18 - Finally, how proud are you to be part of an industry highly dependent on Irish greyhound breeding and weak laws, whilst it lacks transparency, allows young dogs and puppies to be killed on economic grounds, takes no responsibility of its retired dogs, has allowed them to be shot by bolt gun in their thousands, to be disposed of for being too slow or injured, that uses barns and pig sheds to kennel their dogs, some participants not even offering them clean water, and whilst it allows exports of dogs for commercial purposes 'that are carrying recurring injuries' to countries with zero animal welfare laws, such as China, Pakistan, and Spain, and even proceeds to defend trainers who do not comply with animal welfare laws?

To all industry vets – You will recognise the oath you have taken;

“I PROMISE AND SOLEMNLY DECLARE that I will pursue the work of my profession with integrity and accept my responsibilities to the public, my clients, the profession and the Royal College of Veterinary Surgeons, and that ABOVE ALL, my constant endeavour will be to to ensure the health and welfare of animals committed to my care”


19 - Do you feel content whilst serving an industry who's integrity is questionable by members of the general public; an industry that is intent on breeding tens of thousands of greyhounds whilst mass destruction and cruelty is inherent, but still remains to pursue it's business regardless?


20 - Do you believe that some veterinary surgeons may feel forced to destroy young healthy industry greyhounds, because they fear that if they decline to do so, that the industry participant/owner of the dog/s may choose to instead destroy them using alternative and cruel methods of destruction?