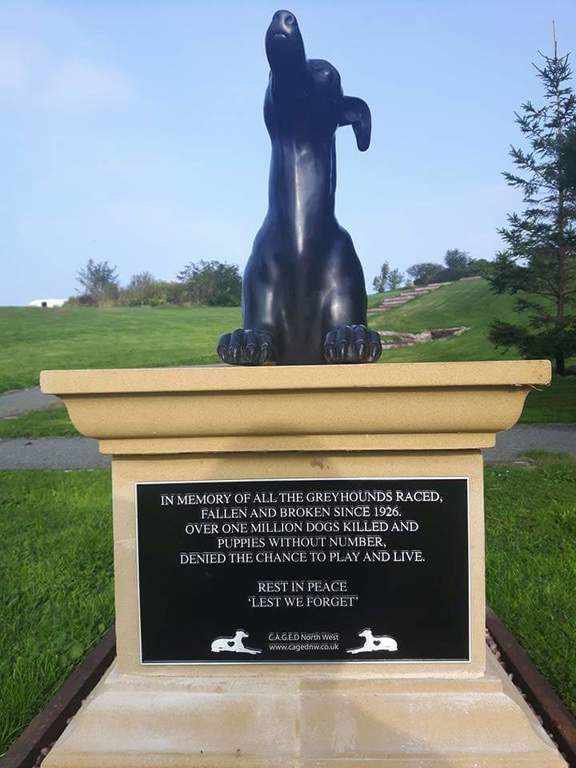 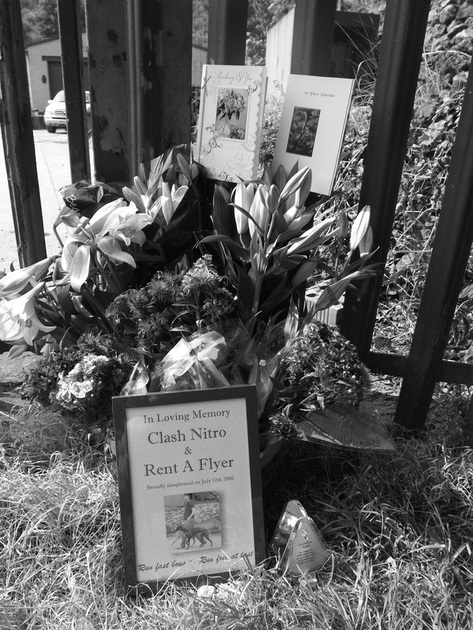 In 2006 Builders merchant, David Smith from County Durham had been found to have killed around ten thousand greyhounds by using a bolt gun to destroy them. Mr Smith was paid £10 for each dog he killed. It was reported that greyhound trainers came from all areas to have their dogs killed by Smith.
The below image shows flowers that have been placed by campaign groups 'GreytExploitations and Caged North West' at the entrance to the land where all the dogs were buried.


Clash Nitro and Rent a Flyer where just two of the dogs that were last seen to enter David Smiths premises, before being sent to their death. The photograph of Clash Nitro and Rent A Flyer seen in the above image was originally captured by undercover investigators at the time of the killings and an exposure later released by Daniel Foggo; http://www.thesundaytimes.co.uk/sto/news/uk_news/article188296.ece

Throughout the years we have heard and seen many horrific cases of greyhound abuse and death.
Over one million greyhounds have died at the hands of the racing industry.


Please donate via PayPal below, thank you