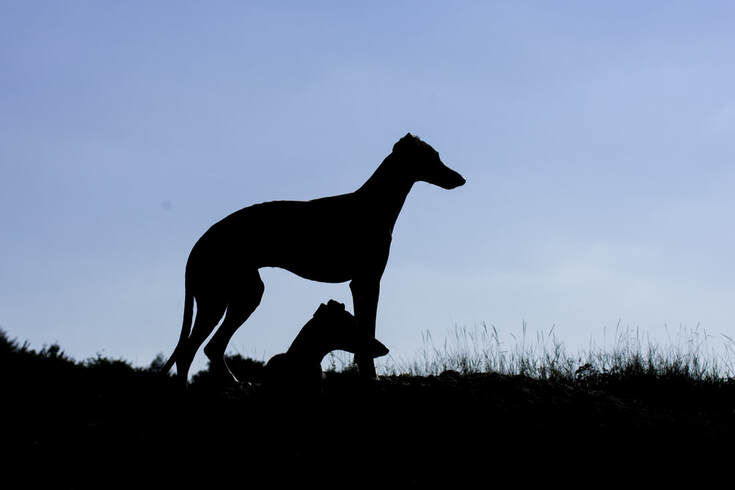 Tales to look out for

'Greyhounds were bred to race'

'Greyhounds will DIE if racing was banned'

'Greyhound racing is NOT cruel'

Beware - phrases like these are highly common in people who generate money from the existence of greyhound racing and while some may even have an interest in welfare, they are not under any duty to declare it if they are self serving

Greyhounds are Great Athletes who enjoy racing 'Wrong'!
Greyhounds are dogs and like any other breed will enjoy to run and chase if given the opportunity
Greyhounds need to be conditioned to Chase a lure, but in many cases greyhounds refuse to chase, just as any other breed of dog may refuse to chase a ball.  Greyhounds were originally bred as hunters and not for racing. However not all greyhounds have a high prey drive and not all get excited by the lure.
Sadly those who show no interest in chasing the mechanical lure, can be legally disposed of as they become the industries wastage.

Whilst the breed has been purpose bred by the racing industry over the past century, for performance on a race track; unlike humans these dogs are not trained or skilled to perform.

"What do you have to do to train a greyhound, what are your beliefs, what do you think"?

"Make sure the dogs are loved, well kept, keep the coats clean, teeth clean, and nails, well fed, the beds changed, keep them happy, and they'll run for you"

Alex's comment refers to the basic husbandry needs of a dog and mentions no specifics about special training  - Most people who are familiar with keeping pet dogs will identify with these needs when looking after their own dogs in the same way. There is no qualification or training necessary to become a greyhound trainer because the dogs are selectively chosen from the litters; if a greyhound does not choose to chase, then they do not make the grade.

Greyhounds would NOT exist as Pets if the racing industry did not exist to breed them 'Wrong'!
From all of the Tales used, this is possibly the most manipulative, with intention to mislead greyhound lovers into being fearful that they will never have another greyhound as a pet if greyhound racing was to end.

This is one of the greatest tricks used to manipulate people into supporting greyhound racing.
Beware of those who tell you this, especially if they have a business involving greyhounds. This could be a warning sign that they are dependent on greyhound racing, possibly for financial reasons and are frightened that they could  lose potential profits if it were banned or phased out of existence.
Greyhound have existed for thousands of years, and greyhound racing has only existed for less than a century. The breed was much more valued and very highly respected before greyhound racing began.

Greyhounds cannot live with small Pets 'Wrong'!
This is a common misconception amongst the public, and one that some people insist was initially created to prevent rescue being an option for raced greyhounds, before the first greyhound rescue was set up in 1975
Like any breed of dog, some greyhounds will be friendly towards small animals, and some will not. It is up to a reputable greyhound rescue to act responsibly by testing a dog for compatibility with small animals  before homing.

Greyhounds will DIE if racing was banned 'Wrong'!
This is another wild comment often used by individuals to manipulate people and play on their fear, making them feel they will be partially responsible for the deaths of thousands of dogs if they supported an end to greyhound racing.
In effect this is a threat - "If you take away our sport/livelihood you will be responsible for thousands of deaths"
​
Of course this is intended to frighten people but they fail to add two important factors;
1/ Greyhounds are bred in mass and selectively used for greyhound racing, meaning that if you do support the continuation of greyhound racing, you already support the deaths of dogs who are deemed wastage and can be legally killed if no use as a commodity.
2/ By supporting the continuation of greyhound racing, you condone an industry that depends on keeping greyhounds locked away for up to 23hrs per day or more, and can be retained by a greyhound trainer for life. Is existence the same as living?

There were once 277 licensed and unlicensed greyhound tracks in Great Britain and today there are only 20 regulated and 4 unregulated tracks actively racing dogs.

Who can earn money from the existence of greyhound racing?

Greyhound rehoming kennels can claim funding from the racing regulators if they become approved by them.
However it appears that rescues who openly oppose greyhound racing have been refused approval/funding.