Who's Sending Greyhounds to Die in China? ​ 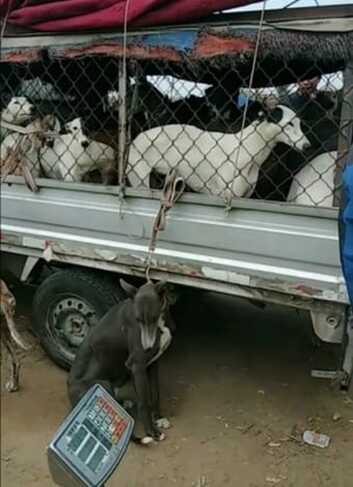 Above: Chinese slaughterhouse truck. Scales can be seen at bottom of photo. The dogs are weighed to determine the weight/price of their flesh.
There are NO laws to protect dogs in China
Dogs raced by the British and Irish greyhound racing industry are being found in China.
​
Help stop this NOW by sharing this appeal.
The below names have appeared as the last registered owners of dogs that have been advertised on the Chinese breeding database, for use as stud and brood in Chinese breeding kennels.

We are appealing to the previous owners of these dogs to kindly come forward and help us with our inquiries.

All except 2 of the named dogs may end up in a Chinese slaughterhouse.
Frisby Barney and Droopys Dale are now safe!

Since we located the dogs on the databases and provided our information to Candy Cane Rescue, Frisby Barney and Droopys Dale have been rescued. They are now living in the UK.
​ Photos to follow shortly. 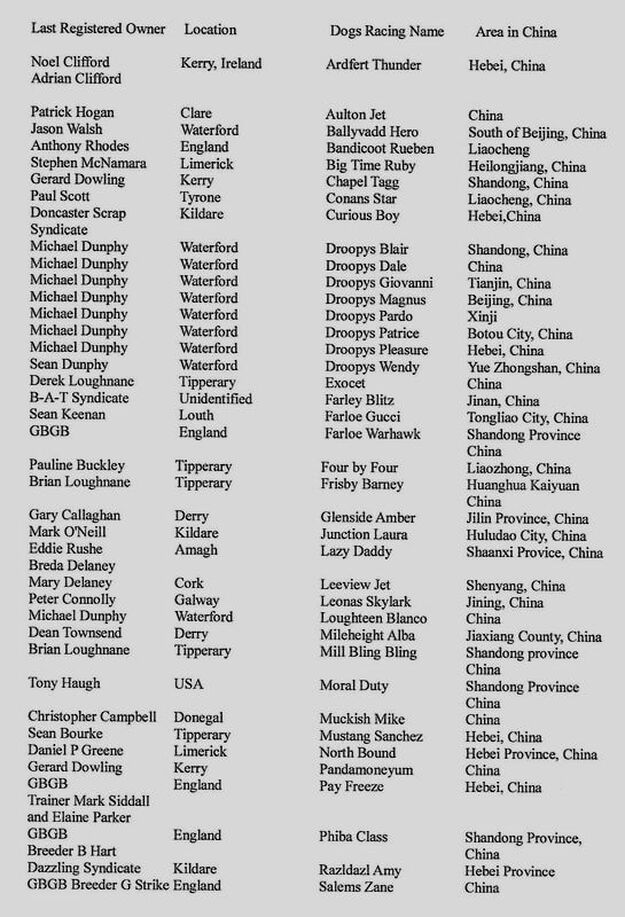 AnimalsAsia Estimate that 10 Million dogs and 4 Million cats are slaughtered in China each year for the meat trade.
The Greyhound Data China initiative leads to more fears for dogs.


The Greyhound racing industry advertising database, Greyhound Data, has worked in affiliation with the Greyhound Racing Club of China, to open a 'retirement' centre in Beijing.

The greyhound breed is banned as a pet dog in 8 key areas of Beijing, China.

1) Do you aim to industrialise, and commercialise greyhound racing in China via media-streaming, as gambling is banned there?

2) Where has the funding came from to pay for the new centre?

3) Does this initiative involve any organisation other than Greyhound Data and the Greyhound Racing Club of China?

4) You have provided a greyhound update service for people who have exported greyhounds to China - Are you aware that Defra does NOT admit to British raced greyhounds being sent to China for commercial use, even though several greyhounds have been rescued and brought back to Britain after we located them in mainland China?

5) You claim that the Greyhound Racing Club of China (GRCC) has banned all Greyhound Imports into China from any country? We are aware that the GRCC does not have the authority to control imports to China. Can you please elaborate on your comment?

6) What measures will be put in place to safely home greyhounds in a country that has NO animal welfare laws and has banned the greyhound breed in 8 key districts within Beijing?
​
7) Vet John Newell has helped you with this initiative, what is his motivation and will he receive any financial gain in the long term?
​
We are aware that Dr Newell had chief involvement in the set up of greyhound racing in Vietnam, a country that has been exposed for mass killing of greyhounds by use of lethal poison, Ecotraz, causing greyhounds to slowly die in horrific pain. (See pictures below) 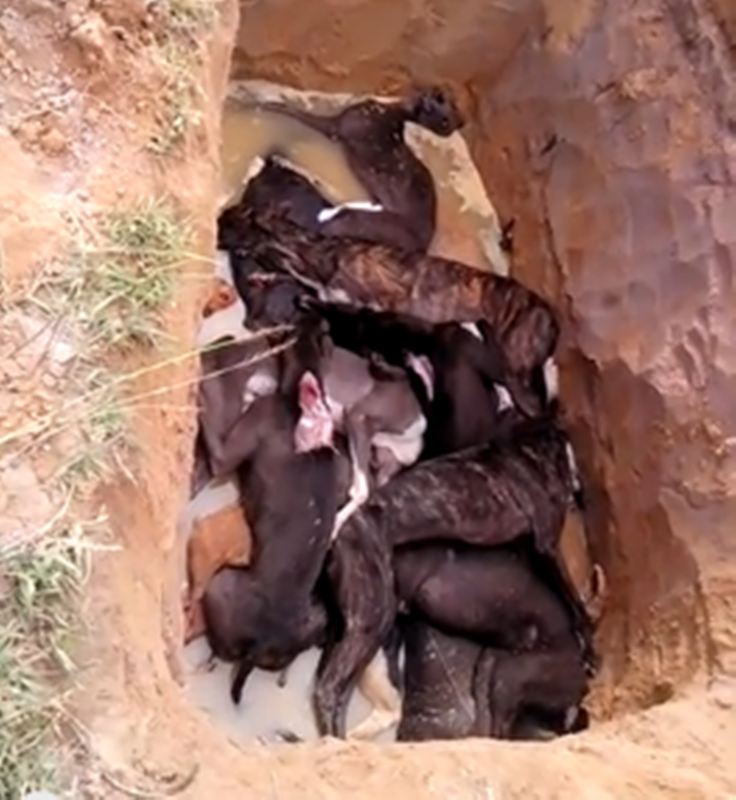 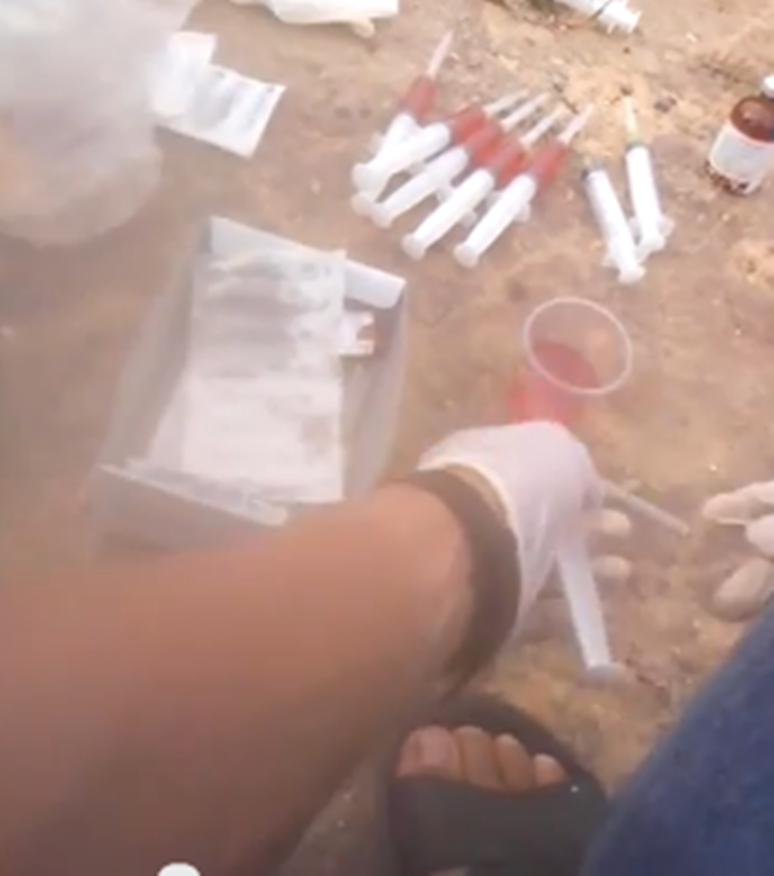 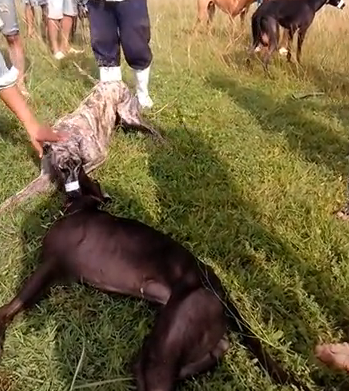 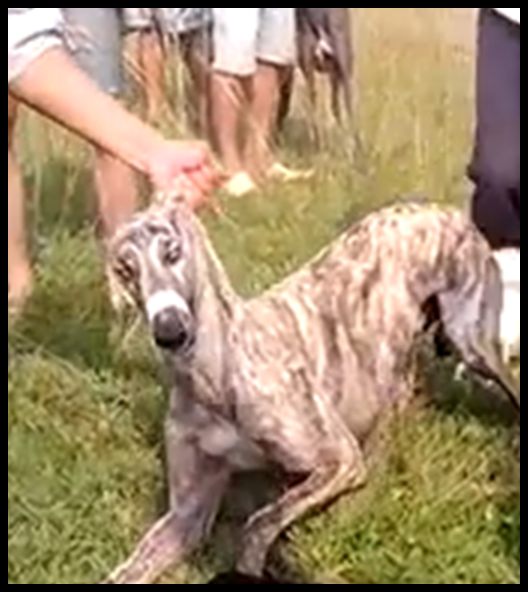