It's thought the 18-month-old animal was a former racing dog which was written off and mutilated to prevent his owners being traced after he was abandoned.The dog was found injured on Ballycraigy Road in Newtownabbey on Monday evening by a member of the public, who reported it to police.
'Norman', as he is now known, is being cared for by Farm Hill Veterinary Clinic in Carrickfergus and will be taken into the care of the Mid Ulster Animal Sanctuary when he has fully recovered.
It is believed the well-natured canine was mutilated so that his owners couldn't be traced through the identifying tattoos on his ears.
George Anderson, chairman of the management committee of the Mid Antrim Animal Sanctuary, said Norman appeared to be a former racing dog who had failed to make the grade.
"I've been to see him and he is the most beautiful, docile dog that you'll ever see in your life," he said. "These greyhound people, when they would write off a dog because there is an identifying tattoo in their ears, it means they could be traced back to their owner, so they cut them completely off.
"It happens here in Northern Ireland. It's a common thing – it happens all over the UK and indeed the world.
"The greyhound industry is the most violent industry you could ever imagine. The conditions that they live in are horrendous and the treatment that they get at the end of it is unbelievable."
Norman may not have come from the Newtownabbey area at all, Mr Anderson stressed.
"He has probably been taken and dumped there," he said.
"It's just the cruelty that has been inflicted on him – I can't imagine the pain he must have gone through." Veterinary surgeon Arthur Tyther said it was the first case of its kind that he has seen, although the macabre practice is known among greyhound racing circles.
"It was probably done with a knife – the wounds are pretty clean," he said.
Joanna Davidson, receptionist with the practice, said Norman was brought in about 9.30pm on Monday through the practice's out-of-hours service.
"We think the wounds were inflicted that morning or even the day before," she said.
"He is a little bit depressed although he does seem to be a laidback dog. He's a big, gentle giant.
"After everything he's been through he is so easy to work with. We all want to take him home," she added.
Norman finally found his home with George, & with love, care, time, patience & affection Norman has learned to trust again. 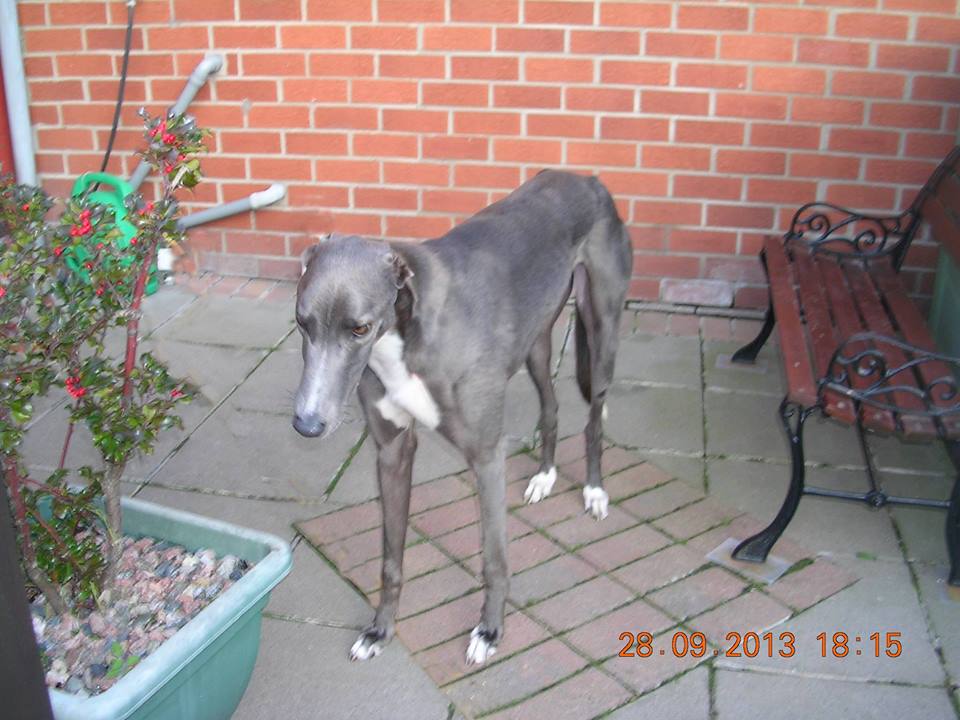 Although Norman has suffered at the hands of an industry that discards of thousands of greyhounds every year, he has his life to look forward to with love and affection coming from everyone he meets 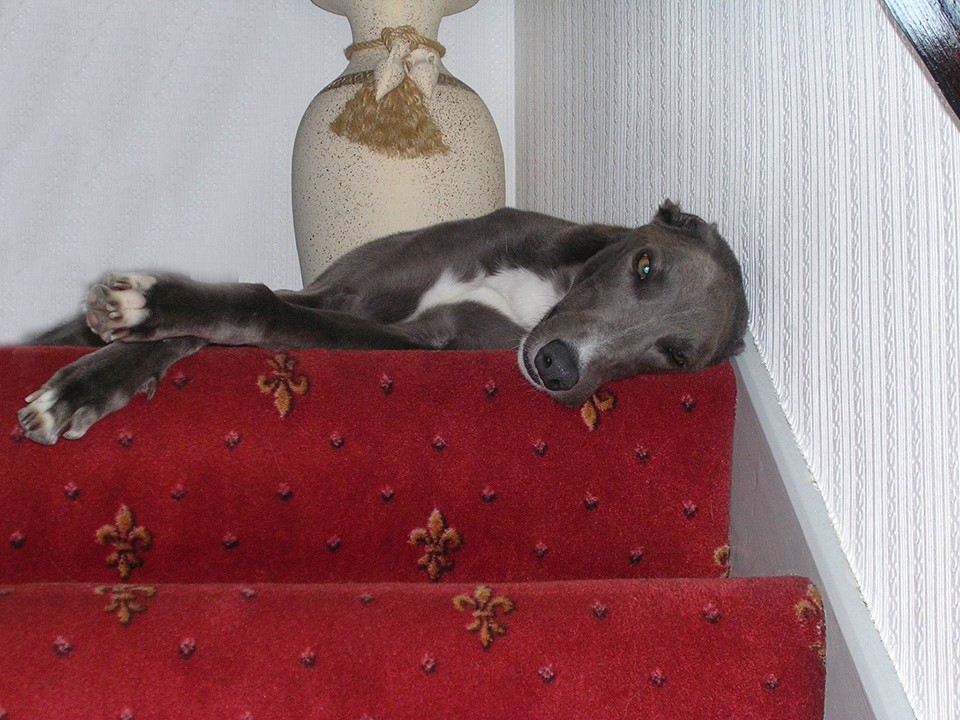 NORMANS POEM WRITTEN BY HIS DAD

While still just a pup they caused me such pain
They tattooed my ears, a number, no name
They trained me to chase a lure at the track
Not fast enough, I was left at the back
No money was made, a failure was I
Not good enough, they decided I must die
They muzzled and trussed me then hacked off my ear
I screamed out in pain, I cried out in fear
They held me so tight and did it again
I cried out for mercy, but none did they show
I yelped and I cried and tossed to and fro
When they were finished they threw me aside
Discarded like rubbish, and hoped that I died
A stranger did stop and hold me so tight
From the darkness I saw a bright spark of light
My spirit’s not broken I’ll not let them win
To give into their cruelty Would be such a sin
My ears they have healed, my heart’s on the mend
I’ve got a new home and a forever friend
I’m home now contented, stretched out on the floor
No chance of confinement a wide open door
The past is forgotten, the future looks good
A cosy warm bed and plenty of food