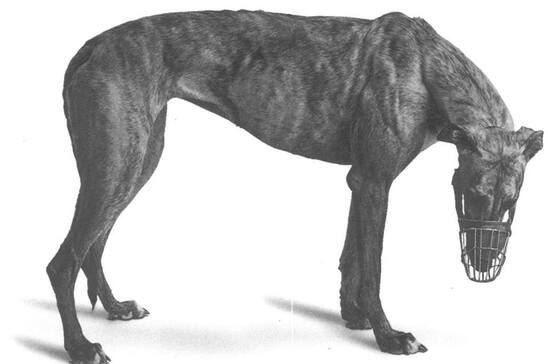 Greyhound Export White List
Kill or Cure
In 2017 Irish TD Tommy Broughan introduced a bill in conjunction with ‘Dogs Trust’ Ireland, which involved calling for a white list on the export of greyhounds, permissible by an exporting licence issued by the Irish Minister.
Click link;
http://www.tommybroughan.com/broughan-introduces-bill-to-control-export-of-greyhounds/

The white list, if accepted by the Irish Minister, would be a list of ‘non’ EU countries that greyhounds could be lawfully sent to using a licence provided under conditions, and by the Irish Minister. For example; These countries would have to meet ‘minimum standards’ in regards to welfare, taking into account the countries previous record and enforcements in relation to welfare of animals in general, in addition to how greyhounds are treated, etc.

If the bill is passed, it may deter some people from exporting greyhounds to countries that have ‘no’ animal welfare laws, due to risk of fines or even a possible prison sentence.

Loopholes and a lack of policing

If the system isn’t fool-proof, it may cause greyhounds to slip through the net. This could mean extended journey times, possibly in hot weather where dogs may become at great risk of seizure or death, before being shipped via secondary countries.
See travel times explained below.
In addition if the bill is agreed, admittance by the government to a lack of policing may take the onus off both the greyhound racing industry and the government when dogs are found in ‘non’ EU white listed countries such as China.

Read the following in full and click the link to the bill at the bottom of this article,  before using the online poll.

Caged have been investigating UK exports since 2016, following the interception of a vehicle carrying 24 dogs in the UK. The dogs were found to be on their way to the Canidrome in Macau.
This prompted us to research greyhound exports to China.
What we found;
In excess of 50 Irish, British and US greyhounds in China.
These dogs are being used for breeding/racing purposes.
Their offspring that do not make the grade, are legally sold to hunters, farmers or can be sold directly to the meat trade.
We took our earlier findings to Birmingham Greyhound Protection and our Co Founder visited China along with the founder of BGP, Kerry Lawrence.
BGP later founded Candy Cane rescue in China
We proceed to share information with Kerry at Candy Cane, whose partners attempt to locate the named dogs in China.

To date, 2 Irish and British raced dogs, Frisby Barney and Droopys Dale have been rescued by Candy Cane and flown back from China to Great Britain. The cruel export of the two dogs to China, brought an international exposure and their stories were covered by the Daily Mirror and the Macau Times on 21st and 22nd of April 19

What greyhound transporters tell us;

Health and Travel documents that need to be provided for export of dogs can usually be easily obtained whether legitimate or otherwise.

Vehicles and document checks at Ferry ports such as Holyhead in North Wales, are almost as good as non existent.
(We challenged the Welsh Assembly Ministers, and requested checks at Holyhead Port, but they have not acted on any of our evidence provided  (This includes a written statement from a witness) and instead have asked us to contact the Local Authority. As we understand it, Local Authorities are not under any duty to act.

Dogs are regularly transported for breeding and racing to countries such as Germany, Spain, Hungary, Romania and Pakistan. Greyhound racing, transporters, trainers and breeders often have greyhound racing contacts worldwide.

Our research showed that greyhounds both Irish and British are repeatedly being exported to Pakistan and occasionally flown by Pakistan International Airlines (PIA). We approached PIA to ask for an embargo on the shipment of greyhounds for commercial use.
PIA did not respond.

We have spoken to Pakistan exporters of British raced dogs, and they have told us that they have dual residency and have every right to export their dogs.
We are aware of a GBGB licensed British greyhound trainer who has been flying numerous greyhounds to Pakistan.

Once a British or Irish greyhound ‘retires’, he/she is no longer registered under the greyhound racing regulatory bodies, IGB/GBGB.
There is no register, monitoring or tracking system.
The regulators in Great Britain and Ireland, IGB and their cohorts GBGB do NOT accept responsibility for ‘retired’ greyhounds regardless of them being former registered greyhounds or bred with intention to trial/grade for racing purposes.

Greyhounds going off the radar

1) Without an official monitoring/tracking system how would the government learn of dogs that have been illegally exported via white listed countries to countries such as Pakistan or China where there are no animal welfare laws.

2) What would prevent a trainer/breeder applying for a licence to export dogs to a white listed country, before illegitimately transferring their dogs to a new owner/contact, and sending them to China using new owner/transfer documents to conceal any involvement in an export of greyhounds?

a) What would prevent an exporter from claiming they are not accountable for any crime, once dogs are transferred to a new owner in a white listed country, if later found in a country with NO animal welfare laws?

b) There is a free movement of goods act within Europe and we were previously advised by MEPs that there is no intention to amend this act, in order to prevent dogs being exported from Europe to China, or to any other 'non' EU white listed country.  Policing under these circumstances could prove to be difficult or even impossible.
Click link;
https://www.oireachtas.ie/en/debates/question/2018-10-11/28/

3) The Minister argues that the exports cannot be policed.

If the minister insists that the exports cannot be policed, this may imply that the IGB and the greyhound racing industry will no longer have the onus placed on them when dogs are found in
a) China or any other non white listed country, where they are inhumanely treated or will end up in the dog meat trade.

4) Would it not be in the ‘true’ interest of the dogs to instead ban ALL exports of greyhounds from leaving Ireland and the UK.  (With exception to rescue and re homing organisations)

The Minister previously stated that they could not police the exports. Thomas Broughan argues that Irish owned dogs have been found in Macau and in China.
Please note that the identity of the dogs discovered in Macau could only be ‘fully’ substantiated after the closure of the track, when the dogs were rescued. This took a substantial number of years of ongoing campaign work carried out by rescue group, Anima who are based in Macau, to close the Canidrome.

Regardless of greyhound exports being presently legal, it has taken almost 2 years and a minimum of £17,000 to gain 100% physical proof of identities of 2 Irish/British exported dogs to Ireland and Great Britain.
This is not an easy task and cannot generally be done without actually obtaining the dogs.
Until Frisby Barney and Droopys Dale were rescued by Candy Cane rescue organisation, there was no physical evidence confirming that our information was correct. We are not aware of any other organisations seeking to provide physical evidence of Irish/British racing industry greyhounds exported to China.

At present we are told that Irish and British dogs are being exported on flights from Ireland, Great Britain, France and possibly Germany. Paid pro racing transporters often take these routes by road to transfer dogs to other greyhound trainers and often do not travel without a full load, making it more convenient to transport dogs to airports in these areas, when dogs are intended for exporting overseas to non EU countries such as Asia.

Please note the possible increase in travel times for dogs that slip through the net due to any loopholes that may exist within a white list.

We have calculated travel from Spain as there are no current laws to protect working dogs, therefore we believe this would be the easiest route to smuggle dogs to non white list countries, through lack of any policing;

Flight from Ireland to China (1 stop) Between 14hrs and 20hrs

Greyhound Racing Bill 2018 - Dail Debate held in April 2019
Click link; https://www.kildarestreet.com/debates/?id=2019-04-16a.569
Please answer all three questions below and click DONE
Create your own user feedback survey
UPDATE 2019 - NONE OF THE GREYHOUND WELFARE BILL AMENDMENTS WERE ACCEPTED. THE TD'S HAVE ENTERED INTO THE NEXT STAGE IN THE DAIL CHAMBER WHICH BEGAN BEFORE EASTER. THIS DEBATE WAS ADJOURNED AND WILL RESUME AFTER THE 8TH MAY.
Help us carry on our vital work with a donation