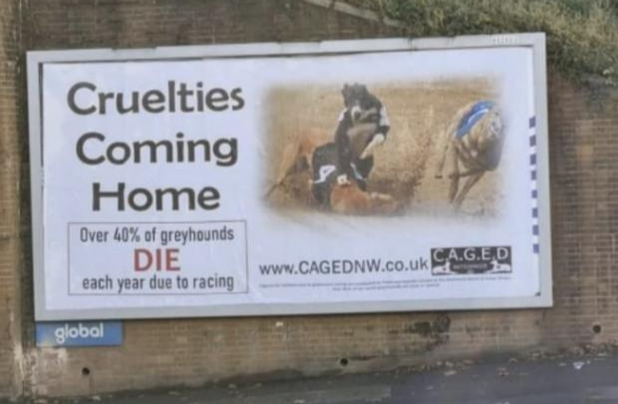 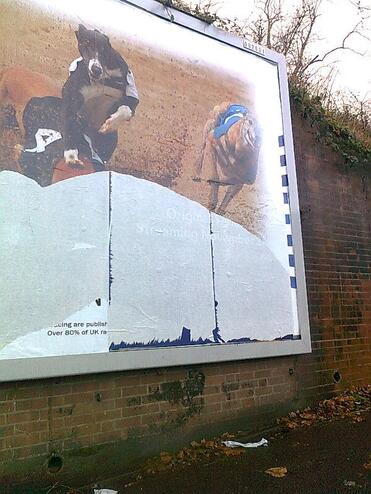 Within hours of the billboard being erected, it had been defaced, and following this, complaints were made by the British greyhound racing regulators to the Advertising Standards Agency about the content

The damning figures published on the billboard, were figures based on data shared by the complainants counterparts, the Irish Greyhound Board of which were made public from 2019

The Irish Greyhound Board had paid £115,000 to a consultancy firm, Preferred Results Ltd for a report which gave the figures that Caged had based their billboard content on. The report was hidden for a whole 2 years until its release in 2019, after it was approached by RTE.

The ASA contacted Caged with a complaint and opened an investigation, whereby they asked Caged to substantiate that the figures on the billboard where factual

CAGED sent the ASA a link to access the PRL report on the Irish Greyhound Board website, however this was deemed as insufficient, and the content of the report paid for by the greyhound racing industry itself was disputed.

It's most important to note that the IGB, the Irish Greyhound Racing Regulators, had paid for and shared this report on its website. Caged had only used its content and was condemned for doing so.

The ASA closed the investigation settling in favour of the multi-billion pound Greyhound Racing Industry, and a solicitor was hired by Caged to dispute the decision.

Caged approached PRL to help substantiate its evidence and a new report was produced to reinforce the original, but was rejected during the appeal, as the independent reviewer claimed it could not be considered, as all evidence should have been submitted to the ASA during the investigation period, however we were not prepared for the initial report to be disputed due to it being paid for by the racing industry itself.

All the evidence of this case will be attached shortly, however we are not permitted to share any emails other than our own.