Greyhound Racing and Why it is Cruel 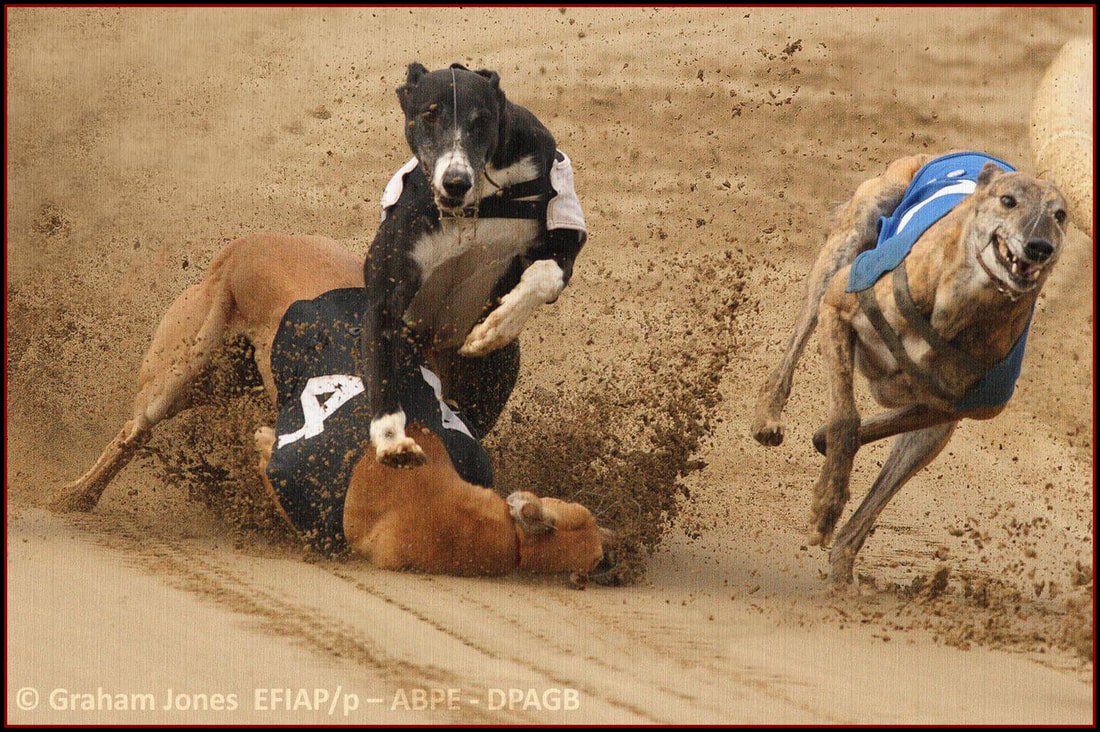 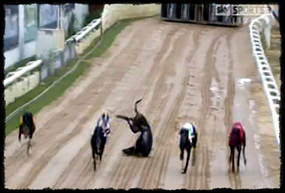 
2) The GBGB are not answerable to any external government body. Therefore all disciplinaries are dealt with by the greyhound racing industry itself.


3) Disciplinaries are usually very weak, with trainers and owners being given meagre fines or even no punishment for cruelty to dogs, especially when dogs have been doped.


Greyhound Racing Insiders Tell us That Races are Being Fixed


A) Dogs are sometimes given illegal drugs such as Cocaine, Morphine and Amphetimines such as Speed. 'This can also be found on the GBGB website, under 'Disiplinaries' Dogs can either be sped up or slowed down.


B) Drugs are mostly used to speed a dog up.


Some dogs may be fed a heavy meal a few hours before a race to slow them down. This can cause bloat which is often fatal.
(The dogs stomach dilates and twists)


Some dogs tend to run on the inside of the track and others on the outside
Therefore placing an outside dog in an inside trap – and an inside dog on an outside trap will cause them to cross the track to gain their usual running position.
Doing this means dogs will crash into one another and can cause devastation costing the lives of dogs.

Both doping of dogs and feeding before a race carries high risks for the dogs, including seizures, stroke, and death.


Injuries on the tracks


Under the GBGB Rules, there must be a qualified vet at every GBGB licensed track while dogs are racing.


The vet checks each dog before a race but this does not protect the dog sufficiently because:


1) The vet is not given enough amount of time to examine the dogs properly which means dogs are often run with injuries. Unless injury or illness is obvious they will be raced, exacerbating the injury.


2) Some dogs may be given drugs such as anti inflammatories by their trainers to mask the pain so that they can still run.
These dogs will eventually fall, or go completely lame.


Why are dogs raced with injuries?


Greyhound Trainers may;
A) Own their dogs
B) Kennel them for other owners
C) Part own dogs


For every dog entered in a BAGS race, a trainer is usually paid in the region of £20 to £40, depending on the track. The dog does not have to be placed. Payment is given even for the losers. Dogs have even been raced while blind or partially blind.


So, what happens when a dog gets injured on the track?


If it's a serious injury and the dog remains alive after the fall, the dog will be carried to the vet room usually by the owner, trainer, or any other assisting person but not normally by a qualified veterinary person.


The following is concerning;


A) If a dog has a break, especially in the spinal region, it may be made worst by moving the dog inappropriately (by an unqualified veterinary professional)


B) There are barely any resources at the track for an injured dog. There is only a vet room and a vet who can administer drugs such as painkillers or euthanasia.


C) We have been advised by insiders that dogs on many occasion are unnecessarily euthanised if a track vet does not carry enough painkillers to the track.


D) A dog may be sent home with an injury such as a broken hock after being given painkillers. Dogs are raced often of an evening, when vet practices are not open, and call out fees are expensive, therefore dogs may be left overnight without any emergency care, x-rays etc, other than the pain killers given by the vet.
(If a dog is sent home and later destroyed it will not show on the tracks data for deaths recorded due to injury. This benefits the track management, giving their reputation a boost for less injured dogs destroyed at their track)


E) There is no guarantee a dog will be taken to a vet surgery after he/she has left the track. There are no follow up checks. Dogs may be left lame, for example with broken toes, hocks etc, for months with no treatment given.
Some will have calcified joints or horrific bone malformations due to being left without treatment.
Many of these cases have been witnessed by rescue centres and campaigners.


In veterinary terms, the term Euthanasia means to humanely put a dog out of his or her misery, when suffering...ususally applying to someones beloved pet.


We believe 'Euthanasia' is not a term that should be used by the racing industry while Greyhounds are used as a commodity with their deaths usually resulting from injury or abandonment that could have been prevented if they were a family pet.
This is not Euthanasia, but rather destruction.


It is legal for any lay person to destroy greyhounds using a captive bolt gun. No training or license is required by law.


In 2006 David Smith, based in County Durham killed around 10,000 greyhounds by use of a bolt gun.
He buried them on his own land. Mr Smith was not punished other than a small fine for wrongful disposal as he did not incinerate the bodies. Today there will no doubt be other Mr Smiths providing a similar service behind closed doors.


We believe the penetrative Captive bolt gun is what David Smith used and which other trainers may be using to destroy greyhounds in the privacy of their own kennels.


Use of the Captive bolt gun.


The bolt gun is placed on a specific area of the skull – If misplaced, it will cause horrific injury and will not render the dog fully unconscious.
This may cause the killer to make repeated attempts, destroying the dog in a most inhumane manner, while causing horrific pain, terror and suffering.


Greyhounds are loyal, loving and highly sensitive dogs that are conditioned from puppyhood to chase and race. They make fantastic pets.


The GBGB have refused to release data for injury and death of dogs until recently. They have released data for the year 2017, following a parliamentary inquiry which forced them to.

Please note these figures do not include dogs that are no longer registered to race.


For example, dogs are often passed on to non licensed track also known as a flapping track after they finish racing on a licensed track, this means they are no longer registered with the GBGB (A retirement form is completed by the owner and supposedly submitted to the GBGB)


Dogs are very often destroyed at flapping tracks. A vet may attend a flapping track specifically to destroy dogs that are not fast enough, injured, or just no longer wanted for racing. These death figures are not recorded.


Homed dogs are also often retained dogs, this means they are kept by their trainer/owners when they are no longer racing on a licensed track.


These dogs are no longer registered to race so are classed as 'no longer' responsible for by the GBGB therefore they may be later;


1) Exported to race or for breeding, to countries where there are no welfare laws to protect them, such as Pakistan, Spain, China, Romania, etc

2) Used for breeding in trainers kennels, until they are no longer producing, and then destroyed
​
3) Sent onto race at flapping tracks

4) Kept on allotments in horrific conditions, with little to no proper shelter, bedding, stimulation, or vet treatment – also left outdoors in freezing weather throughout the winter.

The RSPCA are part of the greyhound forum, the Greyhound forum works with the industry supposedly to bring better welfare.

Caged Natiowide have called on the RSPCA to help in numerous greyhound cruelty cases, but have now decided to work independently due to the lack of support from them.

In our view it is impossible to home the tens of thousands of dogs bred for the racing industry each year. The greyhound racing industry has existed in the UK since 1926 , first beginning at Belle Vue Stadium in Manchester. They have had 92 years to improve welfare but have failed miserably.


For this reason we ask you do NOT support Greyhound Cruelty


Attending a greyhound track or gambling on dogs perpetuates the cruelty. 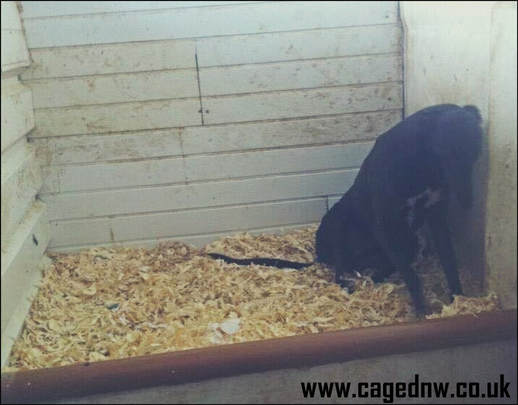