Greyhounds Raced to Death Tour
CAGED north west versus the Greyhound Racing Industry's Big Dog Limo Tour with their huge Mobile billboard that displays the banner showing artwork of a muzzled Greyhound and the words "Exploited, Abused & Killed".
The idea of the Mobile billboard was thought up by C.A.G.E.D nw when they first seen the Big Dog Limo and realised that the cost of creating the sculpture and touring the Limousine around the country would have been immense and sadly the money spent in promoting the cruel industry would have been better spent on improving kennel conditions and also funding of rescue places whilst dogs were awaiting re-homing.
Watch out for the "Raced to Death Tour" we may be in your area next!! 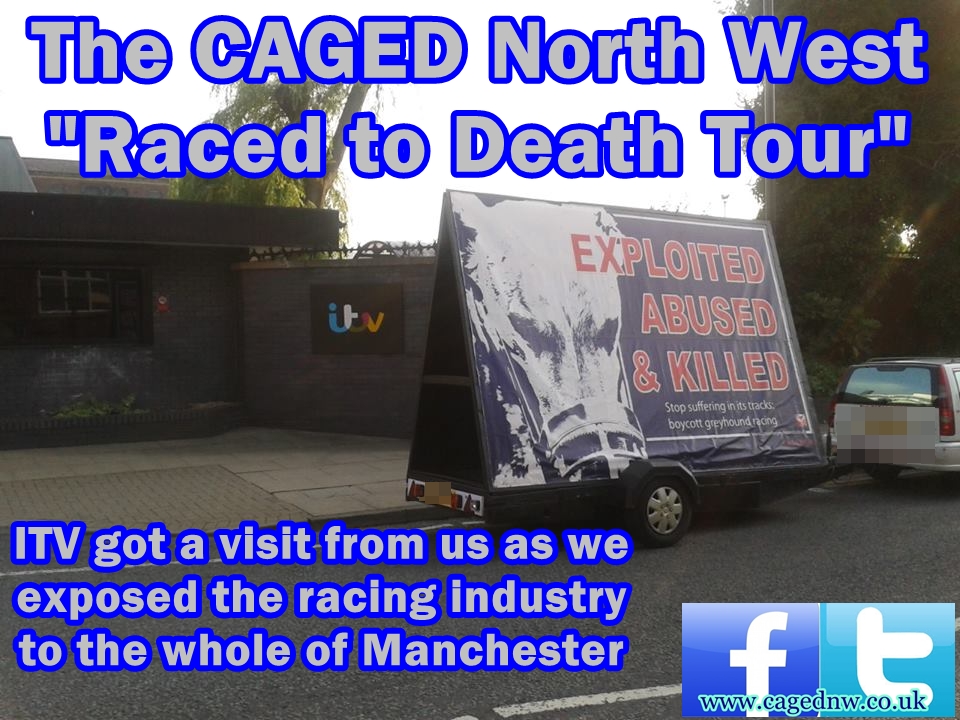 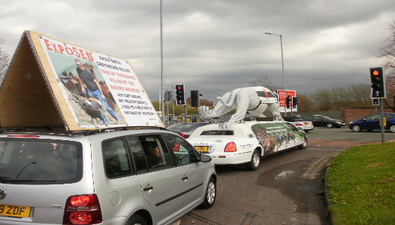 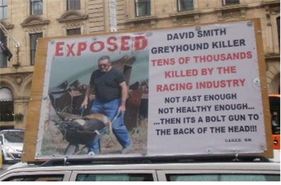 Thousands of  leaflets were distributed to members of the public in Liverpool, Merseyside, whilst people raised their brows in disgust and shock at the photograph of David Smith wheeling a barrow full of dead greyhounds.
David Smith a builder’s merchant, claims he no longer kills greyhounds, he once provided a service to trainers and owners of ex racing greyhounds, of where he shot them with a bolt gun in return for a fee of just ten pounds per kill.
It was suggested that he may have killed up to 10,000 Greyhounds
Some may ask why we highlight this 2006 case, thousands of Greyhounds go missing every year and we believe that the mass killing may still continue, maybe not by David Smith himself but we must be aware that whilst the killing of greyhounds is fully legal then others may be providing a similar service for the owners of these hounds.