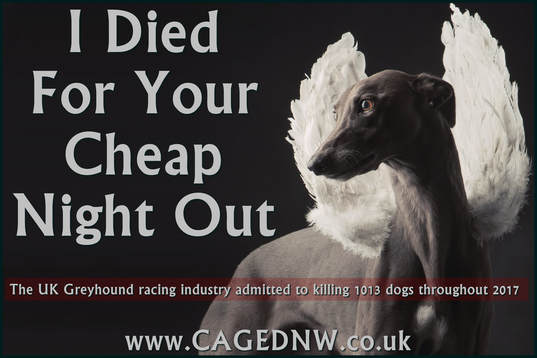 A greyhound track is being accused of misleading the public over the welfare of dogs, after a trainer was caught putting down a retiring animal – a practice the venue suggests does not occur.

Kinsley greyhound stadium in West Yorkshire displays a sign claiming all retired greyhounds are provided a home. Yet a local rescuer claims an incident at a local veterinary practice proves this to be false.

Jo Dimler from Greyhound Rescue South Yorkshire told talkSPORT: “A man came out from one of the consultation rooms holding a greyhound. He went up to the reception and was paying to have his dog put to sleep.
“I asked there and then if he’d let me have the dog. I offered to pay all the bills to get that dog right and he point blank refused. It was a very certain ‘no’. He told me that he liked all his dogs put to sleep because then he knew where they’d gone.”
Ms Dimler says she traced the trainer back to Kinsley greyhound stadium.
Kinsley’s Racecourse Executive John Curran told talkSPORT they have another sign informing people the venue ‘offers’ rehoming services to owners when each greyhound retires.
“It is down to the owner to decide whether to accept that offer and whether the greyhound is suitable for rehoming in a family environment. Our signs are correct.”

Founder of CAGED (Campaign Against Greyhound Exploitation & Death), Rita James said: “The trainer going to the vets and putting a dog to sleep has highlighted to us that there is a serious issue. If one trainer at Kinsley is capable of destroying dogs with treatable injuries then there is nothing to say other trainers aren’t.”

She added: “We would like Kinsley to remove the sign as we believe it misleads the public. On a more widespread basis we understand this happens at every track. It is not just Kinsley.”
Statistics released in March by the Greyhound Board of Great Britain show 1,013 racing greyhounds died in 2017, 333 of which were put to sleep due to the cost of treating their injury or their prognosis.

Simon Banks from the GBGB told talkSPORT: “We have increased our commitment to greyhound welfare and will continue to do so. We are doing all we can to reduce the figures further but compared to other sports we think they are quite good.”

Concerns have been raised that animal welfare could be compromised by the fact that greyhound vets are paid by the track that they operate at, with conflicts of interest arising.
Former track vet Debra Teo told talkSPORT: “I have been in a position where I have had pressure on me and certainly when my invoices have taken a very long time to be settled.

“It will always be the case that if the stadium is being paid a lot of money to put on a race meeting they have a lot to lose if a vet declares even one dog unfit to race or the racing surface not safe. That can cause them a lot of financial problems and there are some track operators who seem to think vets should know which side their bread is buttered.”
£2.3bn is bet on greyhound racing at 22 tracks across the UK every year.
It has been suggested tracks should contribute to a central pot from which vets are paid. The GBGB’s position remains that the Royal Veterinary College, to which track vets answer, is able to maintain standards.
A retirement form must be completed for every greyhound entering retirement and current rules allow owners to put a dog to sleep if they do not wish to pay for any treatment the animal needs or the £100-130 donation they are expected to make to the Greyhound Trust for its rehoming service.

Rita James believes the situation is inhumane. “I think it is disgraceful because there are dogs being destroyed at the age of 2 or 3 years old. These dogs can live up to the age of 14 and they are being destroyed at a very young age for treatable injuries.”
Simon Banks disagrees. “Owners [of greyhounds] are no different from owners of pets. Anybody who has a dog, if they go to the vets and the vet says it is going to cost this much to treat it, the owner can say ‘I’d rather have it put to sleep’.”
The GBGB is working on a scheme that would see the governing body meet part of the cost of repairing injuries. This could be launched in 2018.

​However, Jo Dimler insisted trainers and owners can be ruthless when considering whether to end a greyhound’s life. She described working for a trainer at a greyhound stadium as “horrible”.
“It opened my eyes and I am not proud that I have been part of that side of it. My first ever dog: I was 16 and I was literally on my hands and knees begging the trainer to let me have her because she was going to be put to sleep. He told me to see the owner and she told me it was all money. This woman was very well off but she told me it was all money because this dog wouldn’t race.”

The severity of on-track injuries has also prompted CAGED to campaign for a warning to be displayed at each greyhound stadium for the benefit of children, similar to those attached to explicit content on TV and online.