Above: The dilapidated building where the dogs were kept for almost a decade
Above: Water containing excrement and food containing wood chippings 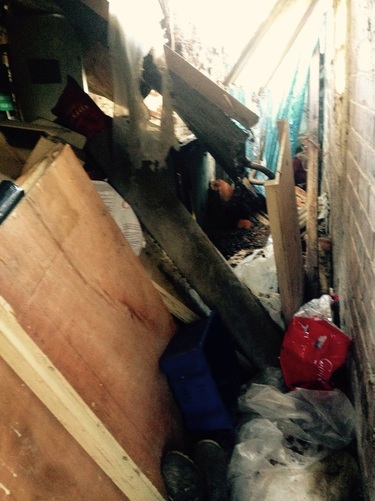 Above: Dangers, just feet away from the dogs

Above - Collapsed roof on the dilapidated shed where the dogs that had been bred for racing purposes, were left to suffer in misery

Squalid conditions that will have attracted vermin
Dogs standing and sleeping in their own excrement
No clean water available
No bedding
No ventilation
No heating
Isolated - no human interaction and left without any mental or physical stimulation
We were told these dogs were only visited once per week.

The Animal Welfare Act 2006 is not enforced

We are often told that
Local authorites, RSPCA, and Defra, all enforce the Animal Welfare Act 2006. Meanwhile greyhounds are being kept in dire conditions.

It is following this horrific exposure that the Greyhound racing governing body, the Greyhound Board of Great Britain issued Miss Judith Glasper with a kennel hand licence: https://s3-eu-west-1.amazonaws.com/gbgb-prod-assets/wp-content/uploads/2019/05/03114203/The-GBGB-Calendar-2017.pdf
​

Thank you to 'Birmingham Greyhound Protection' (BGP) An independant greyhound rescue solely dependant on public funding.
BGP have stepped in and took these dogs to safety, after expressing their concerns to the breeder about the conditions that the dogs were kept in.

The dogs were relinquished to Birmingham Greyhound Protection, an independent greyhound rescue group, where they received medical attention before homing. 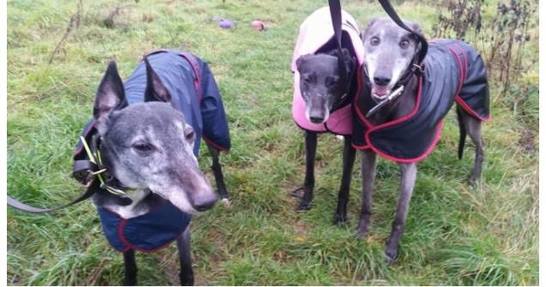 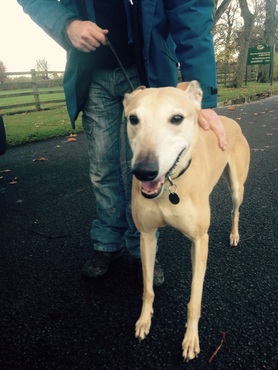