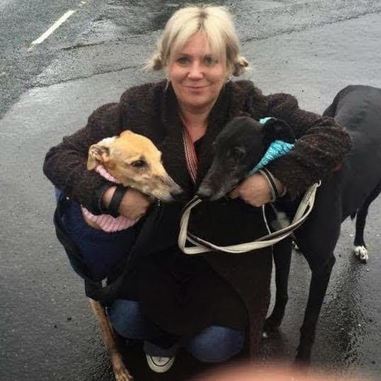 Minnie was rescued by Tia Greyhound Rescue about 4 years ago, in about 1 year while she was under Tia's care she had 3 homes (1 home changed their mind twice?).

Minnie rescued our family in March in 2013, she lived with us all for nearly 3 fantastic years, including Tess and Arthur her sis and bro and later on her greyhound siblings, Otis and Holly.  At the onset Minnie was not a particularly well dog, constantly drinking and weeing, having test upon test but with no formal diagnosis.  She was almost always underweight and obviously scarred mentally and physically by the racing industry. Minnie had suffered a broken hock and obviously been discarded by the racing industry, but she was one of the lucky ones. We were also told that it was very likely that Minnie had been abused with drugs to enhance her performance on the tracks.

With our love, care and friendship Minnie did start to look much healthier and she was most definitely happy.  She was the most greedy and cheeky dog I had ever met too and an avid escape artist. Minnie could appear at times quite aloof, she trusted very few people and dogs.  But she trusted both Me, Danny and Sam and her most trusted friend in the pack was Tess who we also lost in October 2015, aged 17.

Minnie really was the most beautiful and graceful greyhound you have ever seen, coupled with being the cheekiest.  She had the most amazing strength, spirit and beauty.

Minnie was our first greyhound, at that point we didn't have a clue about the breed nor the industry. To say she taught us so much about a lot of things is an understatement. Minnie became a greyhound advocate in her own right, campaigning regularly and attending greyhound events.

Minnie was eventually diagnosed with both cushings disease and renal disease in May 2015. We did our very best with the help of Ashlands our trusted vets, to keep Minnie free of any pain and provided her with the medication, love and friendship to help her live that bit longer, out of any pain. But sadly about 3 weeks ago, Minnie became too poorly and the time to put her out of anymore pain had come.  The decision to end our beloved friend's life was horrendous, but we could no longer see her suffering and her quality of life was diminishing. I enjoyed one last day with Minnie, giving her some reiki (my own made up kind), and our spirits connected as one, I believe that completely. Minnie passed to the Spirit world at 6.15pm on the 25 January 2016 and both Danny and my hearts broke yet again. Arthur, Otis and Holly had lost their treasured companion, the pack are all confused and upset at the moment, finding their own feet and place in the newly reformed pack. 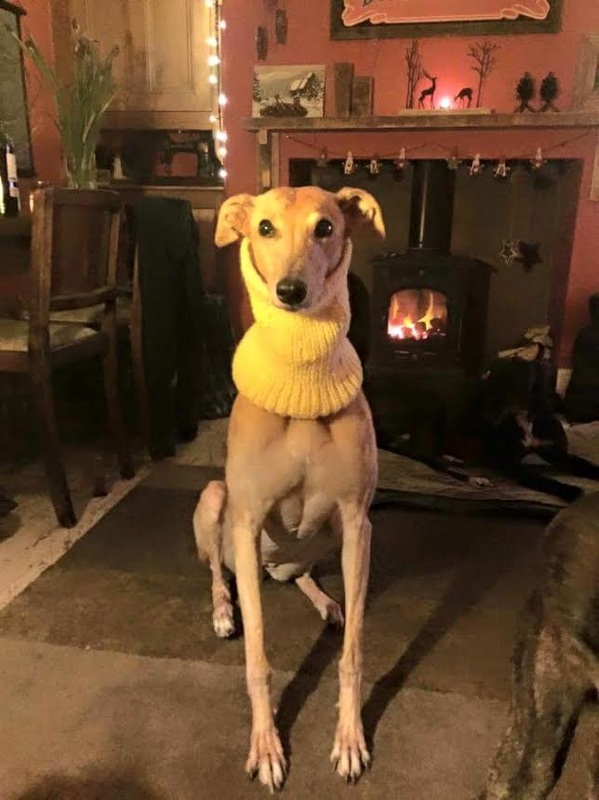