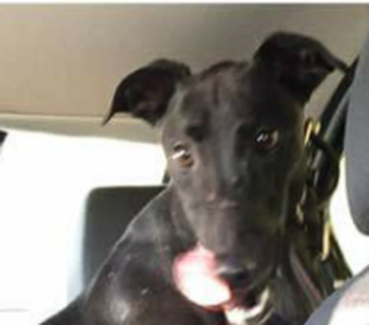 BOXER IMPACT, INJURED AND FORCED TO RACE AT JUST 2 YEARS OLD
Trevor Cusack 'owner' of Boxer Impact (shown above) complained on social media, after his dog was raced by greyhound trainer 'Peter Noone' while carrying injuries that were sustained in an earlier trial

Trevor Cusack claimed that his dog, 'Boxer Impact' was raced by trainer Peter Noone on the 21st January at Dundalk Stadium, while carrying injuries that consisted of a broken toe and a damaged tendon

We would be most interested to know who the track vet was, that allowed this dog to race despite the obvious and very painful injuries this dog had sustained

An independant vet viewed the below photos and told us that in his opinion, the dog would not have been able to race with these kind of injuries, without being given a large amount of drugs to mask the pain

We hope Trevor Cusack will kindly retire the dog 'Boxer Impact' to a rescue centre. It is clear that this young dog will have suffered a lot of distress, while used within the racing industry

Please contact the Irish Greyhound Board (IGB) and Dundalk Greyhound Racing Stadium  with your concerns;

Help us continue our work with a donation