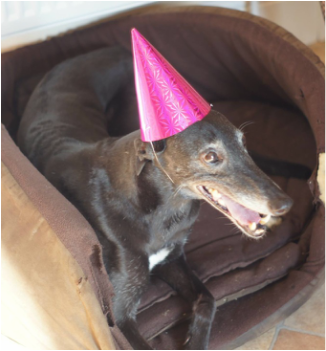 My involvement in Queen Mab's life came when I saw a plea for help and a photo on Facebook. She was the saddest, meekest looking dog I had ever seen, she was skin and bones and looked so sorry for herself. The message underneath said she was nine years old and had been kennelled her entire life. Even though we already had one rescue dog as soon as I saw the picture it touched me deeply so I immediately went and discussed it with my partner who thankfully agreed and we offered her a home.
Speaking to the rescue I was told it would be two weeks before she could travel as she had to have surgery to remove an untreated corn on her front right foot, she had lost a toe and the injury had also not been treated. On top of that the poor girl had four teeth so rotten there was puss leaking from her mouth that needed to be removed and as if that was not enough the muscle in her front right leg had totally atrophied as she had the untreated wounds for so long and she was very underweight. Despite everything and her advanced age she made a determined recovery
When it was finally time for her to come and live with my family I was so apprehensive what if I was biting off more than I could chew, what if an old dog who had suffered so much couldn't ever trust or love a human again.
When I finally met her she was so timid, initially she crammed herself into the corner by the couch obviously feeling safer in cover. Any loud noise or sudden movement would make her scream in fright, the noise she made if anyone accidentally touched one of her ears will haunt me for the rest of my life, no animal should ever have to know that much fear. For the first few weeks she would not let you know if she was hungry or she needed the toilet, just remaining crammed into her corner. I had to bring her food and water to her as she wouldn't go get it herself even though the bowls were not more than six feet away. When she slept she would often have terrible nightmares waking up screaming, I would comfort her with tears spilling down my cheeks.
There were signs of hope though she had relaxed enough around me to obviously enjoy a gentle fuss and she was developing a friendship with my other dog Nikki. Nikki would follow her around like an body guard, escorting her to the toilet, instantly rushing to her side if she was frightened.
Then one day everything changed I was working on my computer and she looked at me eagerly and made this soft honk noise. It took me a moment to work out she was asking for a cuddle and when I rushed over and gave her one, the look of pure adoration on her face melted my heart.

All that was years ago, she is thirteen years old now. While she is still a timid old girl she is the best friend I have ever had and she's changed my life as much as I have changed hers. Its no exaggeration to say that we are inseparable. She adores family life and loves my children very much. Her lust for life and her profound happiness is inspiring to everyone who meets her. 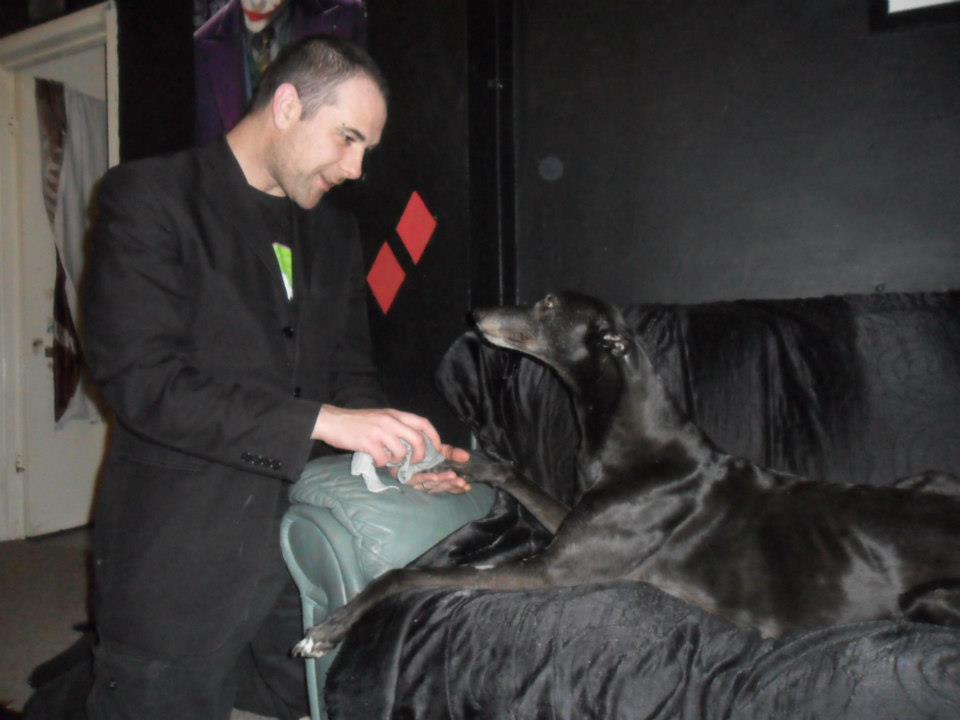